Chuck Wendig is the New York Times bestselling author of Wanderers, Star Wars: Aftermath, the Miriam Black thrillers, the Atlanta Burns books, and Zer0es and Invasive, alongside other works across comics, games, film, and more. He was a finalist for the Astounding Award for Best New Writer and an alum of the Sundance Screenwriters Lab. He is also known for his popular blog, terribleminds, and books about writing such as Damn Fine Story. He lives in Pennsylvania with his family. 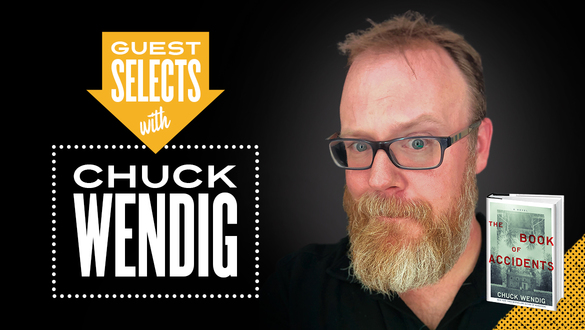 THE THING “What’s to say except, this is a perfect movie. It’s just the best. And demonstrates that sometimes, remakes can be superior to the originals.”

HOUSE OF THE DEVIL “Not enough films play with the Satanic Panic of the 80s. Did you know some people went to jail for being Satanists in the 80s, and only recently were let out? And they didn’t even really do anything? It was a weird time. Like now. It’s always a weird time, I guess, and so that’s just one thing to like about this movie.”

BLACK CHRISTMAS “By the director of a) Christmas Story and b) Porky’s. That’s all you need to know.”

GET OUT “Key & Peele always showed that the duo had a horror-movie side to them, and Peele’s GET OUT proved it. Easily one of the greatest horror-thrillers of all time.”